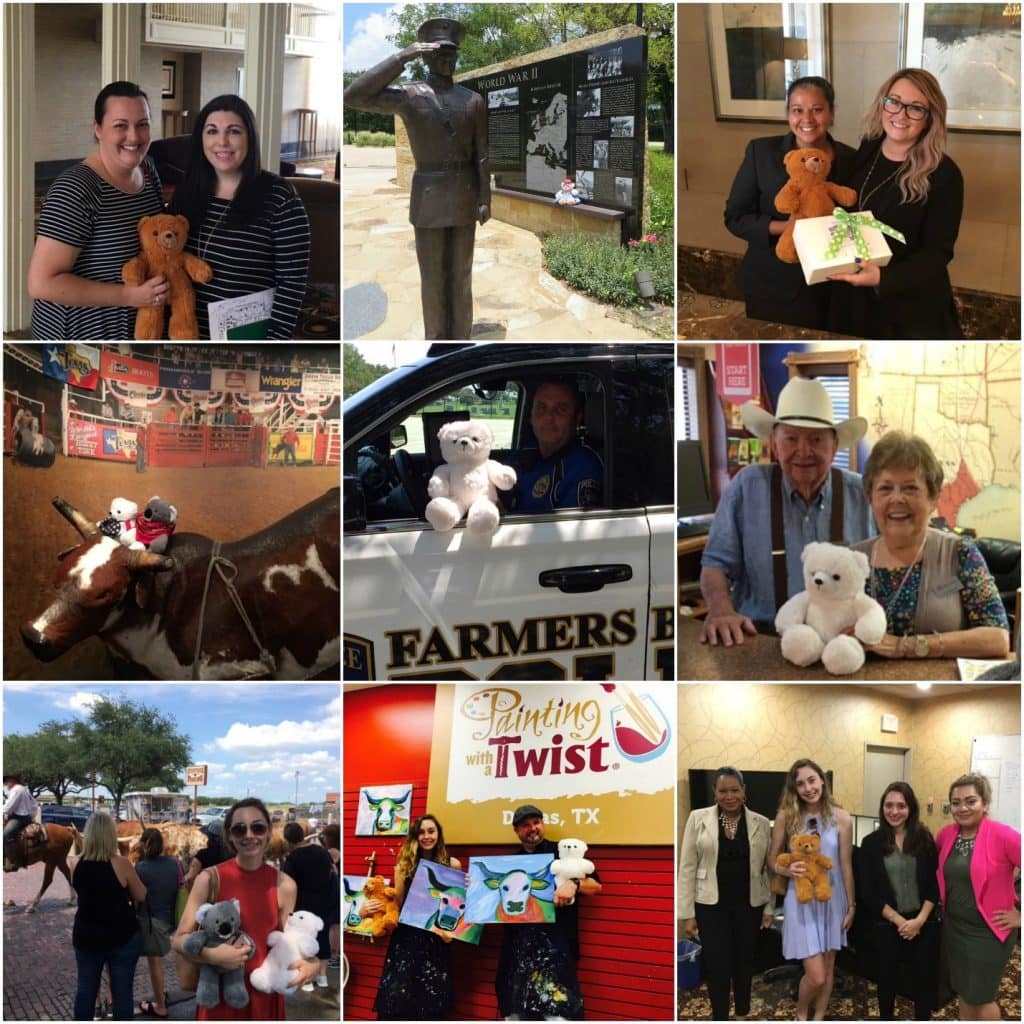 Where did the Summer go?

This July we had some new members join the Idea Fountain team and their names are Norman, Rosie, Snowflake, Kody, and Penny! These aren’t your regular faces though, they are First Responder Bears. First Responder Bears, have a special job once they go to their next home. First Responders keep these cuddly friends in their vehicles, in case they meet a child while out in the field who needs a soft friend to get them through something traumatizing at the moment. Hopefully these bears never find a forever home with a child but in case they do, we have taken them with us everywhere so they have fun stories to share with their new kiddo.

We have had so much fun with these guys, that we needed to share some of their adventures with us.Our bears have become well rounded travelers since we brought them into the Idea Fountain family. Our bears haven’t been limited to only exploring the great state of Texas, they’ve broadened their horizons and become cross country travelers. Kody the Koala traveled with Crystal all the way to Atlanta, Georgia to bring a little slice of Texas to the annual Fort Worth CVB sales meeting. While Kody and Crystal were heading up north, two of our other bears, Penny and Norman, learned how to paint at the DFW NACE Painting with a Purpose charity event.  This giveback helped raise money for Trigger’s Toys, a charity that provides toys and therapy items to hospitalized children in the DFW area. Penny and Norman were able to put their painting skills to the test and meet fellow event planners while benefiting this wonderful organization. 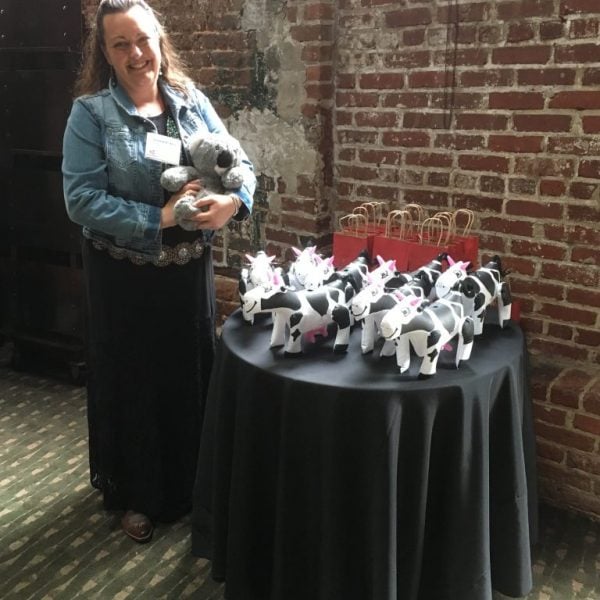 When most people first think of Texas and the south in general, they often think of cowboys, two-steppin’, and sweet ole’ southern hospitality. Out of all the destinations in Texas, nothing better represents our Western heritage better than the Fort Worth National Historic District. From the original historic buildings to wooden corrals, the Fort Worth Stockyards tell the history of Texas’s famous livestock industry. We took Penny and Kody out to the Stockyards to experience a bit of Texas History and culture. The bears made some new friends at the Visitors center along the way and we were even able to catch a glimpse of the Fort Worth Herd’s twice daily cattle drive. After that, we traveled over to Billy Bob’s Texas, the world’s Largest Honky Tonk. Our friends we met there liked the bears so much they let them pose with one of their bulls at the venue.

At the end of June, Idea Fountain celebrated its 4th Birthday! That’s right, we are officially four years old now! To celebrate, we went with Norman to deliver Birthday cakes to a few of our friends. We were able to drop off gift packages to various venues and introduce the bears to friends at the Dallas Marriot, Hilton Anatole, Omni Dallas, Union Station, and many other wonderful venues. Whenever anyone with the Idea Fountain Office has traveled, at least one of the bears has traveled with us. We’ve loved getting to meet new people and share our cause and story behind these bears.

We’re hoping that by the end of the summer, these bears will have some great stories for the kids that they go home with! 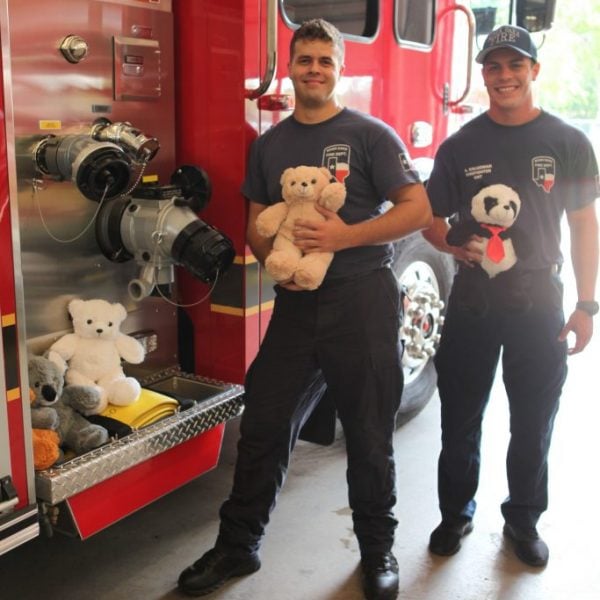 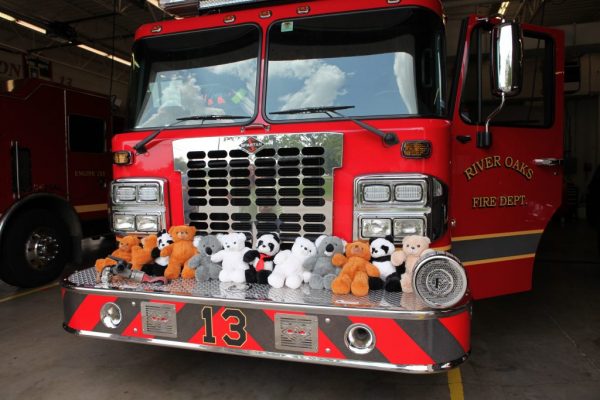 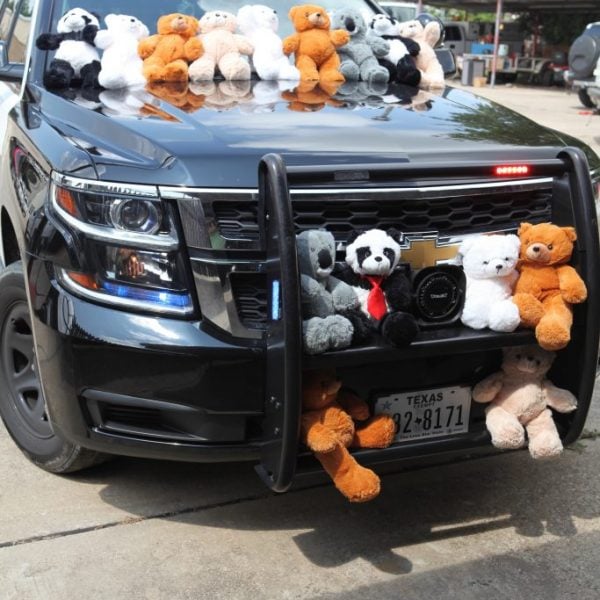